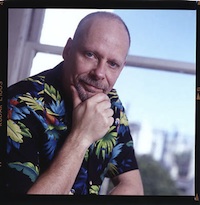 Gary brings over 40 years of experience as a professional recording engineer/producer to A. Hammer Mastering, beginning as an assistant engineer at legendary Bell Sound Studios in New York City. A fixture on the Bay Area music scene since moving to San Francisco in 1976, he has worked in many disciplines in recording and music, most notably as Mastering Engineer/ Tape Historian at Berkeley’s Fantasy Studios and Chief Engineer at San Francisco’s CD Studios.

Gary began his specialization in the field of Mastering at Fantasy Studios in 1982, and has been credited on hundreds of albums covering all genres of recordings — from classic jazz to classic rock, alt-rock, rap and hard rock to folk, classical, spoken word and even sound effects. His projects include such names as NRBQ, Dream Syndicate, David J., Flipper, The Feelies, Dr. John and Willie Nelson. An expanded list of Gary’s credits can be found at the All Music Guide or Discogs. Album artwork from some recent selected projects are listed on the Clients page.

In addition to mastering, Gary is a seasoned recording engineer, mixer and producer, and the Audio Producer for the San Francisco Silent Film Festival. He is also an accomplished musician. His command of composition, arranging and performance are all aesthetics brought to bear in his mixing and mastering; He understands the musical journey involved in bringing your concept to completion and has the technical and musical savvy to help your project find its most expressive voice at a price you can afford.

Gary has ears of gold. Easily the most talented mastering engineer I’ve ever had the pleasure of meeting- 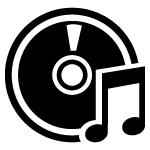